DRIM and HiveMinds Case: How we delivered over 60k first orders for Domino’s in India in 7 months

Yulia Aslamova
Content in the post
— Model of collaboration
— Campaign objectives
— How it was achieved:
— Campaign kickoff and growth trajectory
— Step by step improvements to the campaign
— What we did differently to maximise the CPA
— 1. Social media competency
— 2. Market knowledge
— 3. Influencer induction and training
— 4. Selection of influencers
— What are the results?

Domino's has been a market leader in the Indian pizza market and dominates the home-delivery of pizzas within the country. They have used traditional and modern methods of marketing, coupled with high-class service to establish this stature. So here, I will share how DRIM and HiveMinds Agency helped Domino’s Pizza in India to receive over 60000 orders from new buyers in under 6 months and reached an online audience of over 7M for free, generated over 2.3k publications and onboarded ~4k social media influencers for collaboration.

In this case, we openly present figures, discuss the growth trajectory and highlight our strategy that resulted in the success. It will also give an idea to those in the food-tech industry about how we plan to capture the market and generate over 10 lakh orders in the year 2022 for similar companies.

To achieve these numbers we implemented the CPA (cost-per-action) model of working with the influencers. According to this model, the advertiser pays the influencer every time their followers take the desired action. This ensures that advertisers pay influencers only for actual results and not just the vastness of their follower base.

Right from the start, the objectives of the campaign were very clear.

The user places an order for the first time via the app or website using a special promo code.

How it was achieved:

We brought micro-influencers to participate in the campaign, educated them on the best ways to create selling and engaging content for the audience, optimised the campaign and the converting segments using the in-built accumulated analytics within the DRIM platform.

Here’s a graph of the campaign’s growth and results. We always measure and monitor publications, clicks and conversions.

When the campaign was launched at the end of September, the month was purely a learning phase where we were identifying the best-suited influencers segments, influencers with the right set of audience (qualified and engaged) and different publication layouts that brought the highest conversions. The growth pattern was identified within a few weeks because of the tons of data and learnings brought by the brand and HiveMinds teams. November saw an increase in sales by 18% and by then our algorithm showed us what was working and what needed to be capitalized on. Sales through influencers increased by 145% in December and skyrocketed by 2428% in January.

The three factors that helped us scale our campaign dramatically were:

Step by step improvements to the campaign

While our logic told us to target food influencers initially, our machine learning platform identified several other converting segments such as humour and entertainment, lifestyle, photography, fashion, skincare and travelling that together contributed to over 24% of the project performance.

We tried all the social media platforms in the initial stages to identify what worked and noticed that not only did Facebook and Instagram bring higher CPA, but the influencers on these platforms were more willing to take up food projects such as this one.

In previous influencer marketing campaigns, posts by Domino’s had received high engagement in terms of likes and comments, but the conversions had been low and could not be tracked. It was equally difficult to attribute sales to a particular influencer and identify the most relevant audience.

But with us, every influencers is given a unique link and most often even a unique promo code. Every time someone makes a purchase using the link or the code, the sale gets attributed to them and we can track the most effective influencer with the most receptive audience.

Using this technology, we were also able to identify which layout on Instagram would be the most effective one for this campaign and we capitalised on them.

Instead of buying out a post on a influencer’s page and forgetting about it, our influencer used a combination of stories and posts plus reels.

We increased the points of contact with the brand and with every contact, the probability of purchasing on the next contact increased. A single post can continue generating revenue for the influencer and the brand even 30 days after the post which makes CPA such a profitable and interesting way of collaboration. An example of this is given below: 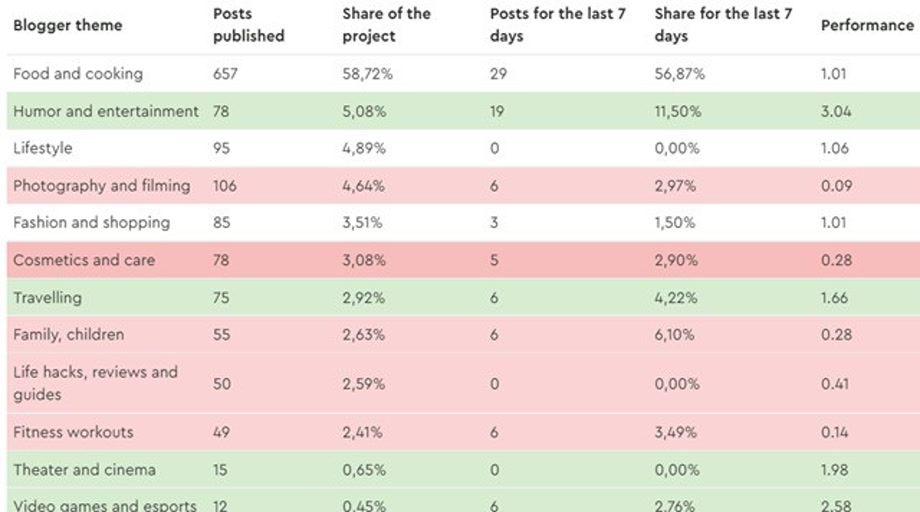 By posting and reposting his reels, our influencers see a constant in pour of CPA even months after the posts.

What we did differently to maximise the CPA

Now, let’s have a look at the human side of the campaign that resulted in this massive success.

Out of all the publications we did, 5 of our reels went viral and brought a majority share of sales. This shows our grasp over social media and how we grab on to trends when we see them. Each of our reels has a clear message and a loud and clear CTA. 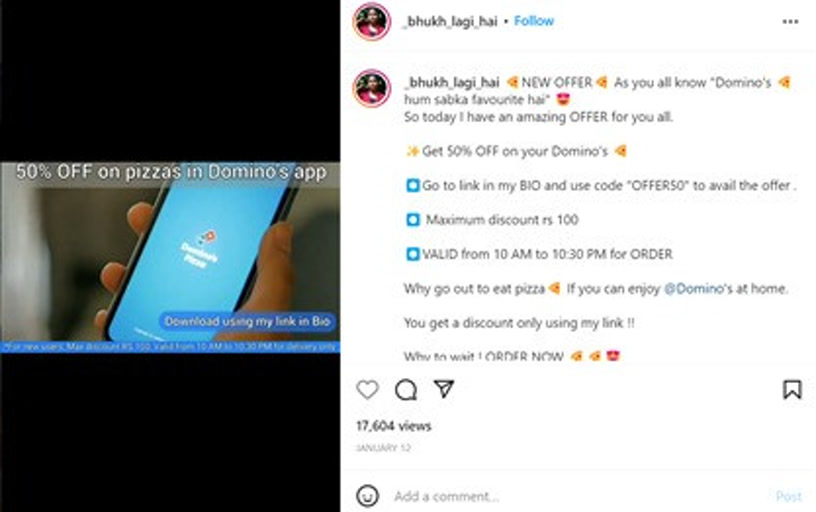 We take an active interest in the market and are in the know of everything in related fields. We also do thorough research of the company we take on and understand the marketing strategies they have implemented in the past and take into consideration their learnings from those experiences.

We know that the success of our campaigns lies in the effectiveness of our influencers. Instead of handing our influencers a sum of money and giving them a few lines to post, each of our influencers is assigned a influencer’s manager who handholds them through the process. Since each project has its own style, we train our influencers on message delivery, CTA and also help them execute content ideas. Our influencers (and clients) are given access to our platform where they can monitor their performance and also choose other projects of their interest. Several of our Domino’s influencers have now enrolled on other food-related projects. This level of transparency encourages and motivates our influencers to treat projects as their own and increases their sense of loyalty towards our brand.

A key point here is that each of our influencer’s accounts is checked for bots before they are onboarded.

So all the numbers visible here are free from any sort of manipulation. 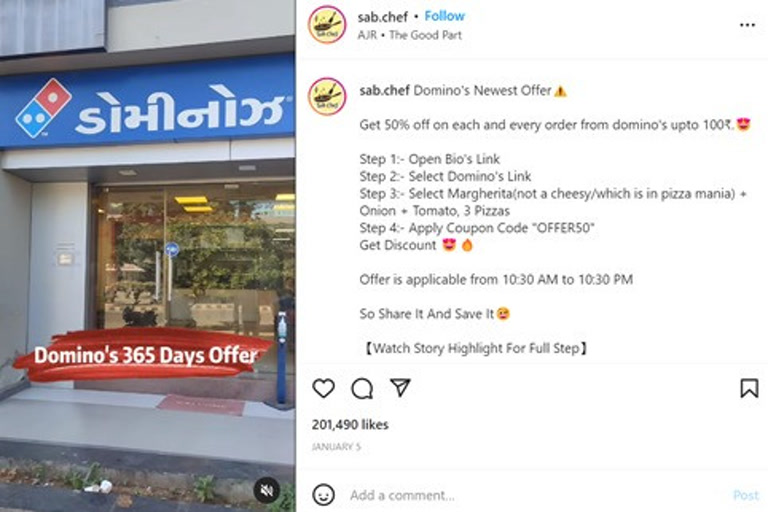 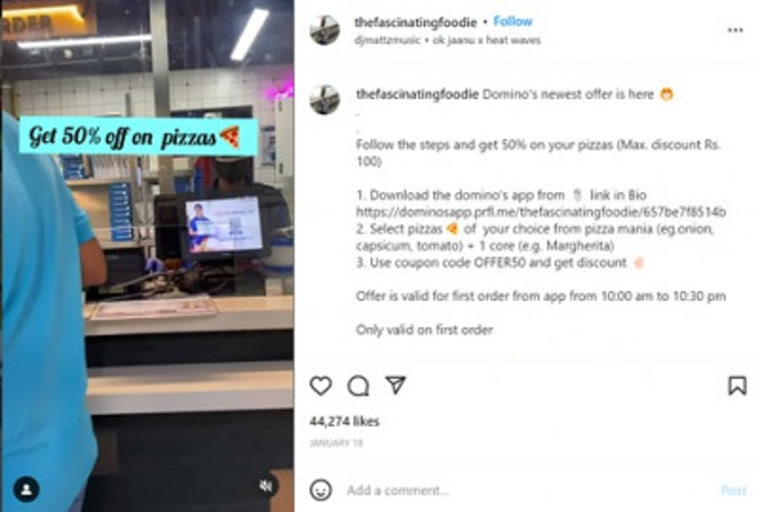 Another key to our success is our cross-applying learnings from other projects. We are working with several other brands such as Abroadify, Sirona, TATA Soulfull, Gourmet Garden, Cocosoul among others and the learnings for every project are interrelated. Our inferences from other projects often help us deliver outstanding results for projects in the same niche.

At HiveMinds, we strive to deliver results for our clients that are spread across marquee brands and fast-paced startups in the country. We are constantly on the lookout for new channels to support scale for our clients. DRIM has helped us unlock influencer marketing through thousands of microinfluencers in the country to deliver specific brand goals such as rapid scale, visibility for new launches or trials through limited offers for many of our clients.

We got an interesting case study, which allowed us to both increase coverage and work with our audience in a qualitative way, attracting new users to our app. Microinfluencers' publications are not trivial and are creatively implemented, which further creates a positive perception of the message and our brand. DRIM has effectively coped with the set tasks and cooperation with the company has become an integral part of our activities.

People who worked on the project:

What are the results?

We launched the campaign on September 23rd, and have been running it for over four months now. Here are the results:

The CPA (Cost-Per-Action) model in influencer marketing is a relatively new concept in India and it thus poses some challenges. But, by targeting micro and nano influencers, we see that the results are exceptional and such influencers are even more receptive to the model. The Domino’s Pizza success backed by our powerful machine learning platform gives us the confidence that we can effectively use CPA to generate over 10 lakh orders in the food tech industry.

Yulia Aslamova
Main page
Blog
cases
DRIM and HiveMinds Case: How we delivered over 60k first orders for Domino’s in India in 7 months