With the onset of the pandemic, customer acquisition processes have become digital. One such process driving maximum engagement from prospective customers, especially for B2C businesses, is influencer marketing.

Even before the pandemic struck, influencer marketing on social media in India was booming, and according to AdLift, this sector is all set to grow to $75-150 million this year 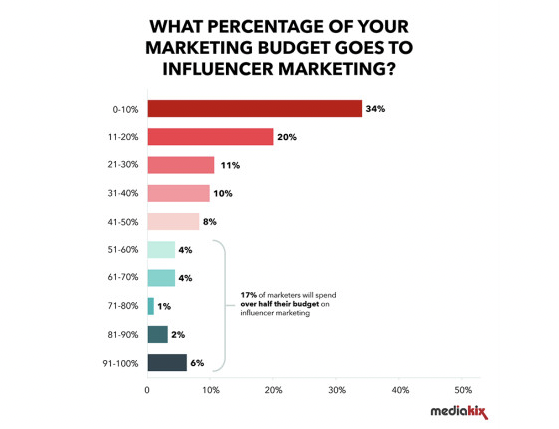 For a long time now, advertisers have been paying influencers for the number of subscribers they have. Before hiring them, they look at the past campaigns that the influencers have done and judge the success by the number of likes their post received. This measure of success for influencer marketing campaigns can be misleading, and according to Neil Schaffer, it is one of the most common mistakes that brands make while working with influencers.

What might happen is that there may be thousands of likes on a post, but it might not bring conversions that the advertiser wants, like increased sales or subscribers. Unless a brand only wants to increase brand awareness, this model of working with influencers might not give them the ROI they expect.

While paying-per-post is the most common method of compensation followed, according to myHQdigest, only 17% of marketers prefer paying per post. Advertisers are learning from their experience and are looking for other effective ways of working with influencers.

One such way is by measuring the engagement rate through the ratio of the number of likes, comments, shares, etc., to the total number of subscribers. Some services pick a sample of the total subscribers and predict the engagement that a post might receive in terms of comment rate, like, or share rate. However, once the campaign goes live, the actual figures may be quite different from the predictions.

According to Financial Express, 72% of marketers believe that influencer marketing is the fastest-growing online customer acquisition method.

It indicates that brands will look for methods to improve their ROI on their influencer marketing campaigns. To achieve this, there is a constant struggle for identifying the right influencers, creating personalized content, and driving the desired action. Even though there are celebrities and macro-influencers who still work on the pay-per-post model, brands have started looking out for influencers to work on the performance-based model.

However, not all bloggers might be keen on working on this model, and it is up to the advertisers to make them see the benefits associated with it.

Why don’t bloggers work on CPA and how to convince them?

The benefits for the advertiser through the CPA model are pretty obvious. They pay only for results, bloggers cannot cheat them, and they get valuable conversions.

However, bloggers must follow some rules if they want to be successful with the CPA model. Once they pick a niche, they must stick to it. They need to build relationships with their followers and be honest with them. They must stay true to their beliefs and principles and not endorse brands that contradict their core message.

Even though this method of working is ideal, most bloggers do not work this way. They prefer getting paid beforehand, and they are not overly concerned about the results they produce. Some of them even disappear after taking the payment upfront. With the performance-based model, such dishonest bloggers will be weeded out as brands start paying only for the results they bring in.

Most bloggers might not want to work this way at first because there is no assurance about the amount they will receive. Here is what advertisers can do to convince them and make them see the benefits.

● As an example, work with a blogger who can drive conversions to show your prospect that it is not a very difficult task.

● Make them comfortable by patiently answering all their questions.

How the pay for performance model addresses the lack of confidence?

In 2015, Reliance JIO did an influencer marketing campaign with some of the leading Bollywood celebrities like Hrithik Roshan, Boman Irani, Farah Khan where each of them tweeted the same message. JIO accidentally sent out the exact copy of the tweet to all their influencers. But in the end, it was just a reflection that influencer opinions and words are not always their own. Many such issues have led to a lack of trust between bloggers, their audience, and even the advertisers. It mostly happens in the pay-per-post method, where influencers collect the payment and do what they are asked.

But, when bloggers work on the CPA model, they need to be honest with their followers. The model forces bloggers to evaluate the product and find the positive attributes that can encourage their audience to take the desired action. They invest a lot more time finding ways their audience will act the way they want so they get paid in the end.

The CPA model is much more effective in ensuring that advertisers get the ROI on their campaigns. It is also beneficial for the influencers as it needs them to be true to their audience, which in turn drives results. As more and more influencers understand the value this model offers, they will be eager to take up such projects. And when they do, the dishonest influencers will lose out on interesting projects and reduce the lack of trust in influencers.